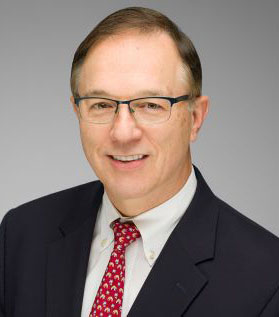 Jay leads NAPA’s government affairs team on federal legislation and issues important to the asphalt pavement industry. His primary focus is educating members of Congress and their staff on asphalt’s role in America’s economy and keeping the industry informed on issues pending in Washington, D.C.

Jay joined NAPA in November 1998 as Vice President for government affairs after more than 12 years of working on transportation issues in Congress. Jay has led the industry’s efforts to secure federal highway funding, worked to defeat harmful pavement-type selection mandates, and secured asphalt pavement research and deployment funding. He also arranged for the construction of an asphalt pavement exhibit at the Smithsonian’s National Museum of American History, which attracts more than 4 million visitors annually. In November 2011, Jay was named NAPA’s Executive Vice President.

Some parts of this page are only available to members. To access please LOGIN

Not a NAPA member? Speak with the membership team regarding an application, dues schedule, and our upcoming orientation. Contact us at membership@asphaltpavement.org or call 888.468.6499.